FilmOn X is a internet TV company in the US that was streaming broadcast channels apparently without consent of the networks involved. They has an injunction imposed on them preventing them to operate except for three states.

Filmon X argues that it has been willing to negotiate agreements with the networks – even though it also claims to use antenna technology per user – which seems harldy possible. Aereo uses it special antenna technology to have a valid claim every subscriber has its own antenna. And granted to FilmOn X: it does seem slightly awkward that free TV redistribution (within the licensed area) costs money – but the matter is quite complicated and with add-funding involved there is a very valid point from the channels. And copyright law helps the channels to make their point in court. In a latest move FilmOn wants to join the Aereo supreme court case to also argue their version of the same “principle”.

The key difference must lie in the antenna technologies used by both companies. FilmOn has only recently started the investment in antenna farm technology whereas this has been part of Aereo’s rollout from day one. Filmon claims to use truly independent antenna’s, but the basis of their current injunction was not based on their farm technology. 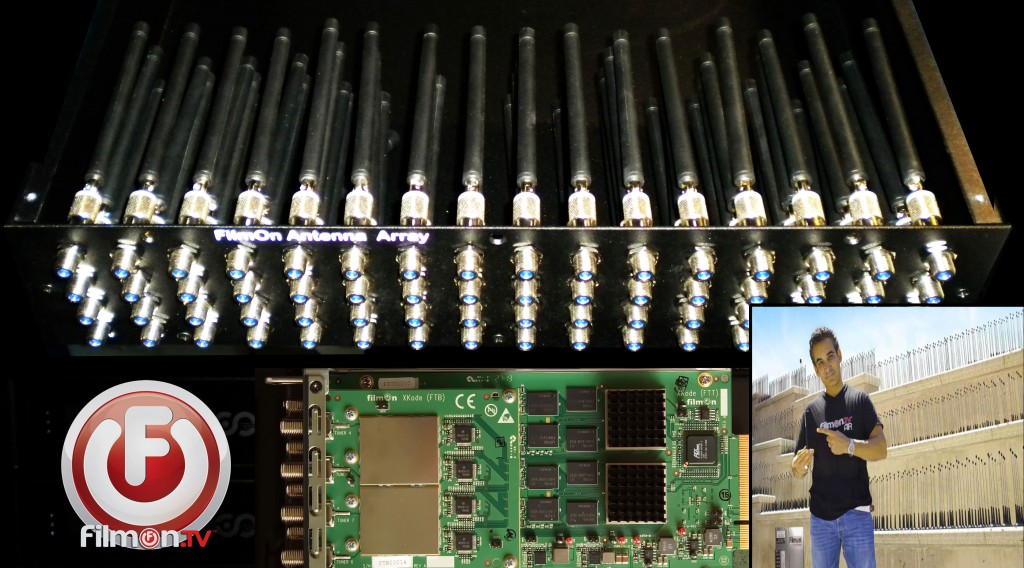 On the other hand one wonders what is keeping the networks from developing internet based services and letting aggregators use those to offer things people want. Probably money: the present TV distribution model is probably more lucrative and distribution over the internet would eat out of cable subscriptions. But not offering viable alternatives for watching TV over the internet at a reasonable price may be very risky in the long run. The fact that companies like Aereo and FilmOn are there is testament to the demand.