Notable: there seems to be an end to the depth of the trough of disillusionment that 3D is in: the BBC continues to experiment. 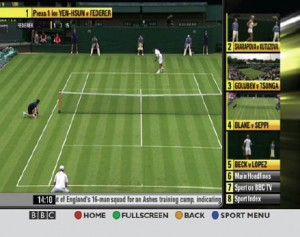 Almost immediately following this announcement the BBC has now announced it will stop all 3D productions for the coming 3 years. So the trough of disillusionment seems to be even deeper than the initial new message for this post indicated.

Here is the broadbandtvnews article.