So the discussion begins in France on the future of DTT. Will it be squeezed another 100MHz (the 700MHz band this time), or will there be a UHD HDR-bright future ahead like the HD-forum is suggesting. MPEG-2 will most likely die: there is an acceptable legacy fallout of some (cheap) settop boxes; most newer iDTVs all have HD MPEG4 decoders on board through a foresightful mandate.

The author has had a long debate with some industry veterans on the topic on Linkedin, arguing that the era of DTT has passed, and that wired IP should take over the role of base medium for TV distribution, allowing society to poor all its money into one such network. Some were not convinced; and it has to be stated that this industry is very conservative and slow to change for not always clear but undeniable reasons. 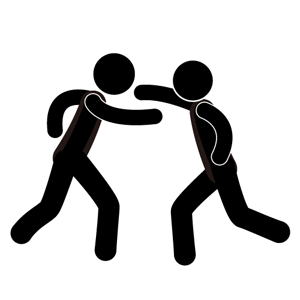 Thomson is French, and the French love French technology. DTT in France is a Thomson thing. It’s future is under debate. Thomson is demonstrating that 5 HD MP4 channels on a DVB-T (not T2) mux @ 24.8Mb/s is possible in good quality with t heir new encoder. This would allow all 30 DTT channels in France to move to 6 muxes. Unfortunately there are SD-only decoders (but stll very few iDTVs) in the market which can only decode MP2. And introduction of DVB-T2 would also constitute a legacy break.

The Thomson proposal calls for one UHD mux to be introduced (which would be T2 and HEVC) on one of the 6 muxes (squeezing 6 HD MP4 channels per mux on the remaining 5 muxes). Maybe with 45Mbit/s 3..4 UHD channels are feasible in due course.

But one can wonder: how far should one push DTT. In the author’s opinion SD is underrated: good quality 576i or better 576p @ 25/50Hz is perfect for almost all content out there on a 42 inch screen. So unless we expect DTT to have to serve a large population of 50inch+ screens in perfect quality, this all makes little sense. Why does DTT have to remain an “attractive medium” (Thomson’s report of the CSA’s opinion): it should be the other way around. DTT is an attractive medium so we innovate. It there something wrong here?

Given where the French are they should at least innovate their DTT network once. The author agrees with Thomson that one can ditch the support for MP2 broadcasting, especially since few iDTVs seem to be affected and replacing one cheap STB for another after 10 years should be socially acceptable cost. Moving all channels to HD: not really necessary: 576p should do it for most channels. Innovating now to HEVC and T2: this only makes sense if you expect DTT to innovate again: say in 10 years from now and move to all T2/HEVC. That case is far less clear: see this article on this website and the associated discussion on linkedin, and considering the need for UHD on DTT.

Thanks to Videonet for this excellent report on the French situation:

Thomson HD demo: the first step to a UHDTV launch on French DTT by 2018? | VideoNet.

The preliminary results of the second NATPE||Content First/Consumer Electronics Association (CEA) joint research study on consumers’ attitudes toward television viewing is the most significant proof so far that TV viewing is really changing.

Facts from the USA: 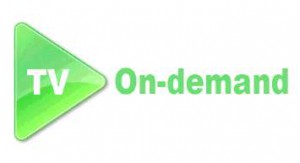 Mediapost on this research