Guess who is offering a large part of their channels online: Sky Germany. In SD quality only, but it is a telling sign of the times. 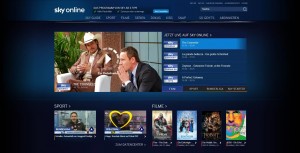 The signs are undenyable; normal TV and dedicated delivery networks are dying, on-demand and streaming are taking over. Read the report below; the trend is undenyable and unstoppable. Free ad-supported OTT in particular is gaining ground. 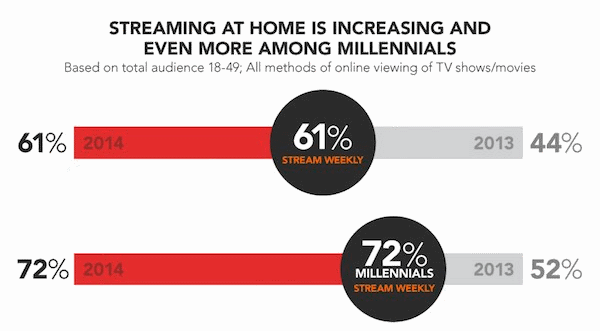 HBO is the prime brand in PayTV in the USA, and present in many other parts of the world. HBO has decided to go OTT, potentially bypassing its distributin through conventional TV distribution channels. 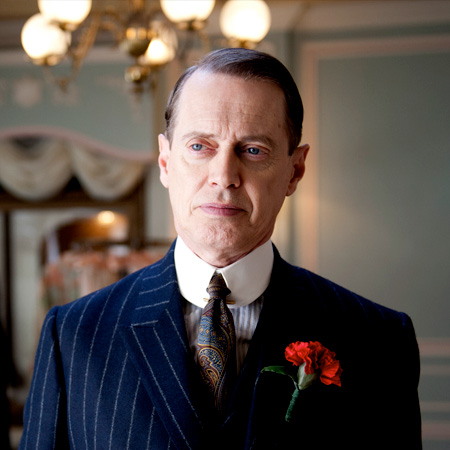 Is this the end for conventional TV: major Pay content bypassiong traditional distribution: hardly.Of course HBO won’t shoot themselves in the foot by competing with themselves. But they can put the squeeze on the conventional TV businesses. But primarily it is aimed at the cord-cutters; presenting them with OTT access to HBO. It also shows the growing power of content over distribution a sdistribution is less and less the bottleneck in the chain.

The article presents a nice insight into password sharing: used extensively on HBO Go. Sounds like a way to make the service popular without downpricing it before making it more difficult to use. Maybe there will be a 2nd tier offer to keep the sharers on board: it difficult to imagine cord currents paying high premium prices.

Google continues to try. Like Microsoft it needs 3 attempts to get anything right in TV land. The right was the chromecast stick, after 2 waves of Google TV. Also Android TV seems to be getting somewhere, though still spotty and major TV makers do not want to engage in fear of giving up control of the screen to Google.

Now we have android-TV in a box, sorry, a disc, going by the name of “google nexus player“. Will this be “it”?

What does it do? It does online TV services, apps (and why have apps on your TV if you can have them on your phone of tablet), voice remote control (to avoid typing search terms on the RC; maybe it works 70% of the time), and eeehm. Oh yeah: games. The rest is not convincing; the games could be a wildcard. But it is not a super-duper game console at all with it’s atom core. But it will be as good as a high end phone or tablet of today, … without the touchscreen.

Google is positioning this also against Amazon’s Fire TV, something UC-Connect already completely ignored because it seemed flawed from the star. Ans indeed this seems to match the reports: see gigaom.

UC-Connect’s take on it is that it is will have a hard time making it. Sorry Google.

In the last leg to the decision on net neutrality the EBU together with a number of other organizations are pleading for a narrow interpretation of the term “specialized services” which are supposed to be exempt from net neutrality rules. The fear being that video and other high bandwith and/or QOS sensitive services would in practice be owned by the network provider rather than the service provider. Also in its open letter, the EBU pleads for serious (non-discriminatory) criteria to be applied on network throttling.

The previous commissioner Nelie Kroes paved the way for the present compromise, being mostly led by the argument that bundling of specialized services to the network allows for more investment since there is a more immediate return on investment for network companies. But whether this is a valid argument for TV (and also many other “demanding” services we have today) can be questioned. For TV there are dedicated networks that are more efficient for mass-audience broadcast distribution. So given the existence of these networks, why make another exception for the internet. And the internet seems to be doing well carrying more and more TV services without specialized network services.

A service that has reportedly been impeded regularly by network operators is Skype. Microsoft is one of the co-supporters of the letter. Another services that was blocked in the past was Whatsapp. Now text services are (practically) free, be it Whatsapp or SMS; which is what they should have been given their cost structure. What is a reasonable the network investment argument for blocking Whatsapp and charging so much for SMS and voice calls if that is not where the cost of the new cellphone networks is. In any market with decently working competition such services should be nearer cost price rather than “value” (marketeer’s term for maximum price someone is willing to pay).