Will it finally beat the proprietary alternatives from apple, amazon and google and become your own interoperable content library in the cloud? Ultraviolet… it seems to have a high user satisfaction and many people watch the content on a… TV. Not that there is something wrong with the second screen but one would think having access to purchased content on the big screen would be important.

An interesting article for those that follow cablecard: the FCC forced solution for CA in the US cable market. It presents the positions of industry players. It takes a rather ambiguous point of view on the need to support 3’rd party consumer devices directly on the cable network: it pleads to abolish the mandate for cablecard (for cable operator settops) but it also pleads to have a solution for 3’rd party equipment; though clearly abolishing the mandate won’t exactly stimulate that solution to move forward.

DCAS was killed 5 years ago. Maybe it is time for a new kind of DCAS; interesting to see if Comcast would be interested in that…. probably not. 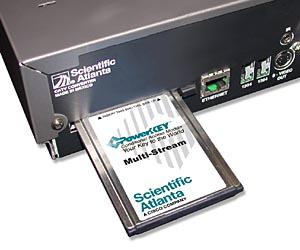 Virgin has now won the n’th lawsuit from Rovi on EPG application in their boxes/network. Also Ziggo won cases against Rovi.

Rovi (previous Gemstar) is the self declared king of EPGs supported by many patents, now found to be frequently invalid. But they just keep on coming at you, which is what many organizations fear; and they just pay up. Just when turns “trying to get your rights acknowledged” turn into extortion, if only for the legal costs involved.